The Spiritual Fruits of 'To Kill a Mockingbird' 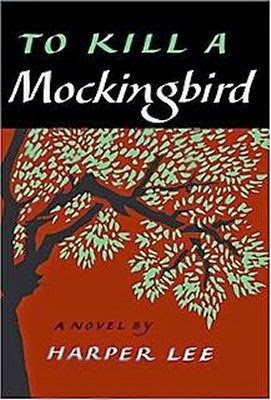 The one time we see Atticus Finch in an act of worship in Harper Lee’s “To Kill a Mockingbird,” his daughter Scout tells us that he likes to “be by himself in church,” rumbling the notes of “Nearer My God To Thee” a few beats behind the congregation. So even in the “fake peace” of Sunday, as Scout calls it, Atticus is as he appears throughout the novel, an outsider with his own way of conducting himself.

I’m not going to call “To Kill a Mockingbird” a Christian novel. Christianity permeates it, like the fake peace of Scout’s Sunday, because the characters within call themselves Christians. There are scenes of Christian devotion, and the Bible is directly and indirectly referenced throughout. But the book’s tone is perhaps more accurately called humanistic, and one of the book’s qualities is that Atticus is at once the most Christian of all the characters and the least like any of the people he sits among in church. 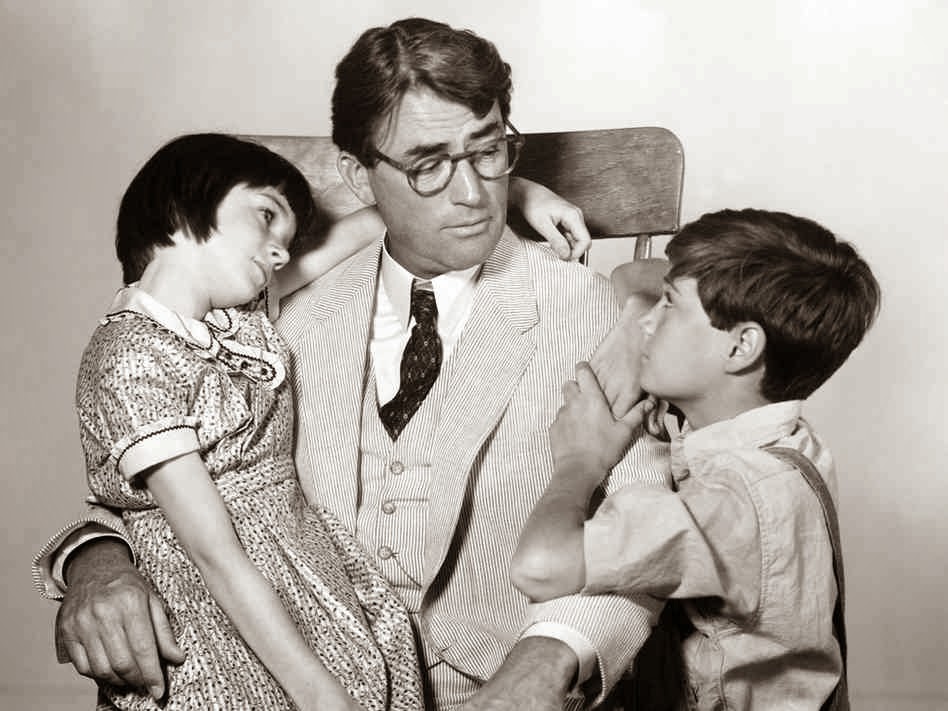 “To Kill a Mockingbird” tells the story of Scout and Jem Finch, the children of the small-town lawyer Atticus. He raises the children by himself – or more accurately, with the help of his black housekeeper Calpurnia and later, his sister Alexandra – in Depression-era Maycomb, Alabama. Atticus is a state legislator, a learned man, an aging widower, a dead-eye shot and an enigma to almost everyone who knows him. Scout, who tells us the story, says that he treats his children with “courteous detachment.” He is content to nudge them in the directions he wants with only a little instruction. When Alexandra insinuates that he could be a much better parent, he angrily insists that he is doing the best he can.

The Apostle Paul says in his letter to the Galatian church that the fruits of the Spirit, to be sought after by Christians on a daily basis, are love, joy, peace, forbearance, kindness, goodness, faithfulness, gentleness and self-control. These things are unattainable in their totality apart from God. He then adds that “against such things there is no law.” Any reader will recognize these qualities in the lawyer, though he occasionally seems too pensive, formal and withdrawn to be joyful. But Atticus, if he’s anything, is civilized, one character states. So we might well wonder if Atticus’ sensibilities aren’t so much Scriptural in character as cultural. As a lawyer, named for a learned Roman, he is concerned with the preservation of civilization.

Then again, Atticus takes the case of Tom Robinson, a black man accused of raping a white woman. He knows he will lose, yet he says that real courage is seeing something through even in the face of certain defeat. Why does he take on this client? “I couldn’t go to church and worship God if I didn’t try to help that man,” he says. He won’t “let this cup pass” from him, quoting Christ.

But what is the only thing Atticus says is a sin? According to Scout, that would be shooting a mockingbird. In fact, the one defining quality of Atticus Finch seems to be that he won’t render an unqualified judgment on anyone. Just as he does the best he can, he expects others will too. Even when he faces down a mob, he says almost benignly – and a little acidly – that all mobs are “made up of people you know.”

Christ hovers in the background in Maycomb. Jem tells Dill that the only movies that play in Maycomb are Jesus pictures at the courthouse. Miss Maudie tells Scout she is a Baptist, though not a hard shell one, and she was even accused by the foot-washing Baptists of immorality because of the care she invested in her flowers. At Aunt Alexandra’s Missionary Circle party, we see Scout told how lucky she is to be part of a Christian home in a Christian town. We are also treated to the judgments of the circle ladies, who disdain the benevolence shown the town’s blacks through the Robinson case. Those up North with their expressed openmindedness are dismissed as hypocrites, the same judgment Jesus rendered on the Pharisees. This is interrupted inevitably by the news of Tom’s death.

The most spiritual moment comes earlier when Scout and Jem accompany Calpurnia one Sunday to First Purchase African M.E. Church in “The Quarters.” In the house of worship, the children encounter an experience mildly familiar to them and yet different.

The music superintendent leads the congregation in hymns from a single book, speaking the lines first so they can sing. This illustrates the church’s poverty and the illiteracy of its worshippers. The Rev. Sykes gives a sermon on the evils of sin, but points out individuals from the pulpit who are on thin ice spiritually. He even shuts the doors of the church to insure that Tom Robinson will get an adequate love offering, insisting on more giving until the appropriate amount has been reached. Three more weeks of collections will follow for the accused.

First Purchase is the only church in town, Scout tells us, with a steeple and a bell. Its name is significant, as it was the first thing bought with money earned by emancipated slaves. Paul told the Corinthians that they “were bought at a price” through Christ’s sacrifice. And perhaps because of the humbleness of the setting, this congregation seems a fitting “first” purchase, as they are last in the calculus of the county’s social equations.

There’s been enough ink spilled in turning Tom Robinson into a Christ figure. He suffers and dies, wrongly accused and easily dismissed by the town’s whites. One way of looking at the construction of the novel is that Harper Lee spends two-thirds of it telling the story of a small town through the lives of one family, then takes one incident of crisis to illustrate how each member of the community responds to or ignores the moral and spiritual imperatives Tom Robinson presents.

At the novel’s close, it is Atticus who has a crisis – the white trash Tom Ewell is dead after attempting to kill the Finch children in a fit of revenge, but Atticus believes Jem is responsible for the man’s death. Sheriff Tate knows that Boo Radley is the killer, but he insists on the fiction that Ewell fell on his knife. Why? Because it would be “a sin” to subject Boo to the scrutiny that would follow. Heck Tate decides that Ewell’s death is just, because Ewell was responsible for the death of Tom Robinson. “Let the dead bury the dead,” he insists.

These are the words of Jesus. In Matthew 8:22 and Luke 9:60, Jesus is recorded as saying this to a man who insists he will follow Jesus once he has first buried his father. Jesus is telling the unnamed man the price of being one of his disciples - one must follow Him above all else with no regard for even the closest family connections.

We could believe that Heck Tate is saying that Ewell’s death is somehow atoning for Tom’s death, or perhaps Heck believes, like a disciple, that following his conscience at all costs means doing something that forsakes even his oath as a lawman. Or maybe it’s just an ironic turn of phrase.
Has Atticus’ unshakeable benevolence been changed by his children’s brush with death? It’s possible, just slightly. Only a few pages before, he seems unable to grasp that Ewell would really have killed his children. Tate assures him that some men deserve shooting, even though it would waste a good bullet.

Atticus’ famous admonition – that you never really understand a person until you climb up in his skin and walk around in it – seems inadequate to this moment. Not every person appears worthy of this respect, and not everyone is understandable. He as much says so at the very end of the novel, when he tells Scout that most people are good “when you finally see them. “ Most, not all. A grudging admission? Maybe.

Scout earlier tells us that one of the few decorations at First Purchase is an engraved print of William Holman Hunt’s painting “The Light of the World.” It depicts Jesus, crowned and enrobed, knocking on an overgrown door that can only be opened from the inside, as there is no handle. The painting depicts Christ’s outreach to the obstinate mind, and reminds us that not everyone will respond to salvation.

The incomprehensible aspect of salvation, of course, is that Christ is the ultimate expression of God Himself walking around in our skin. And though there are Bob Ewells and Missionary Circles the world over, Christ felt their purchase was worth it.

I wrote about "Go Set a Watchman" here. 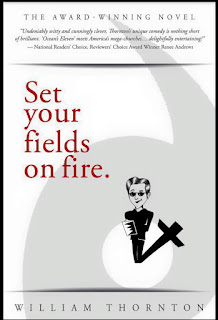 Set Your Fields on Fire

Some of the coverage of "Set Your Fields on Fire"

You can order "Set Your Fields on Fire"for $14.99 through Amazon here.
It's also available on Kindle at $3.99 through Amazon here.
Read an interview I did with AL.com on the book here.
Here's my appearance on the Charisma Network's CPOP Podcast.
Here's an interview I did with The Anniston Star on the book.
Shattered Magazine wrote a story about the book here.
The Alabama Baptist wrote about the book here.
This piece appeared in the Marietta (Ga.) Daily Journal.
Here's the write-up from The Birmingham Times.
Read a story for Village Living here.
This story appeared in The Trussville Tribune and this video.
Here's my appearance on East Alabama Today.
Story and video from WBRC Fox6 here.
Here's the write-up in The Gadsden Times on the book.
Read a piece I wrote for WestBow Press about writing the book here.
A piece about some inspiring works for me.
This is another interview with the fleegan book blog here.
Read a piece I did for WestBow Press about writing the book here.
Read another interview with the fleegan book blog here.
Posted by William Thornton at 10:49 PM 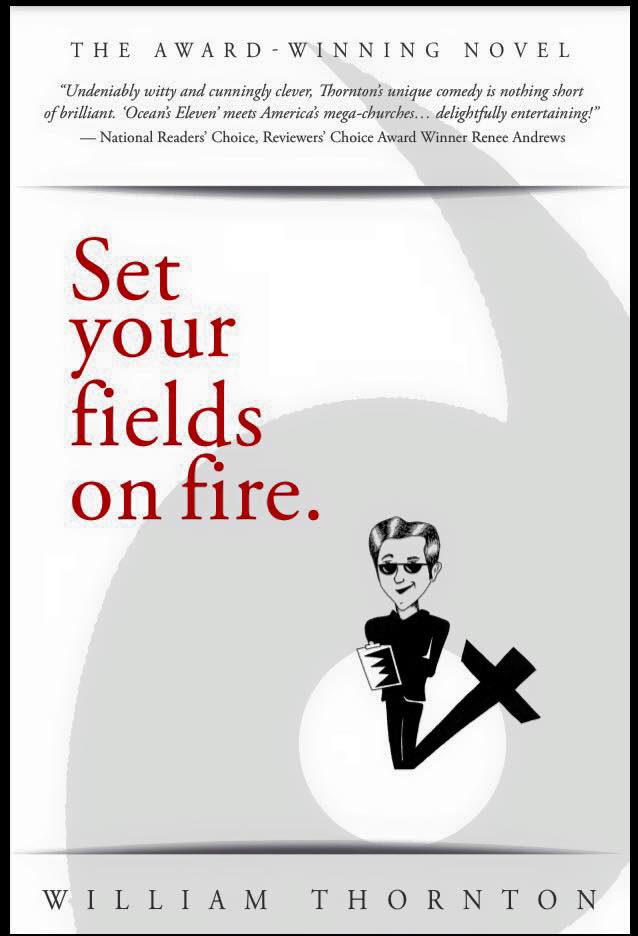 Brilliant Disguises is maintained by William Thornton, a writer who works as a reporter at an Alabama newspaper. I am a deacon in a Southern Baptist Church and teach a Sunday School class. I am the author of "The Uncanny Valley" and "Brilliant Disguises."